For ages I have been in doubt as to write a blogpost on this, a rather personal real life thing I learned to live with and which, on a daily basis, affects me and also my Second Life. Just because it is something I deal with every day.
The last thing I want is a pity party, as I am way too old for that crap and I do not wish anyone to feel sorry for me. So why write this down then?
Maybe because I am beyond feeling ashamed, am beyond being bothered what people think and beyond hiding it.

I have Dyscalculia. Please read the wiki-link if you have no idea what I am talking about.

When I was a little Caity, growing up in a loving family with wonderful parents and a sister, something was odd about me. I went to school and was very good in learning how to write and I loved painting and drawing. Anything with numbers though, was an issue. While my grammar and spelling were amazing, even at a young age, I tended to write numbers in mirror. And I couldn’t tell the difference between going ‘left’ or ‘right’. In Kindergarten and the next 3 years it was shrugged off as “awwwww, she will learn!”.

But she didn’t.
Sure with the old methods in the 70’s and 80’s I somewhat ‘learned’ algebra and math, but only the parts that made me memorise. Like the ‘tables’. 1+1 = 2…etc, they were like songs to me, but I had no fkn clue that it was about numbers?
Also, in the years to come, on primary, and later, high-school I kept on writing mirrored numbers. And I failed all exams which had to do with numbers.

And while I was quite brilliant, if I may say so, in languages and other subjects, it all went wrong the moment numbers arrived. So I was tested and the conclusion was: dyscalculia. The inability to relate to numbers or even recognise them, combined with my total confusion of ‘left’ and ‘right’.
My parents were relieved. Relieved as in ‘omfg it is just this‘, because…my Dad is a real dyslectic and my parents  always feared their kids would suffer the same. And I am talking, real dyslectic, not the kind people nowadays say they have to disguise their poor skills in grammar/spelling.

Anyway, so numbers to me. Mean nothing, most of the time. You see, when I am relaxed and feeling good and not pressed to perform, I know how to count and I do know numbers. But I only need a very little hint of insecurity to make me go ‘blind’ and lose it.
In daily life I have my ways. I don’t get conned in the supermarket at the counter, I know how to read the speedometer in my car and know if I am speeding or not, I have a good sense of monetary value overall ( though changing to the Euro in 2002 was quite a challenge for me) and mostly: I am not an idiot.
Yes, I may occasionally -when stressed or busy,  write the 7 in mirror or do not see the difference between a 4 or an 8, but in the end I will figure it out. 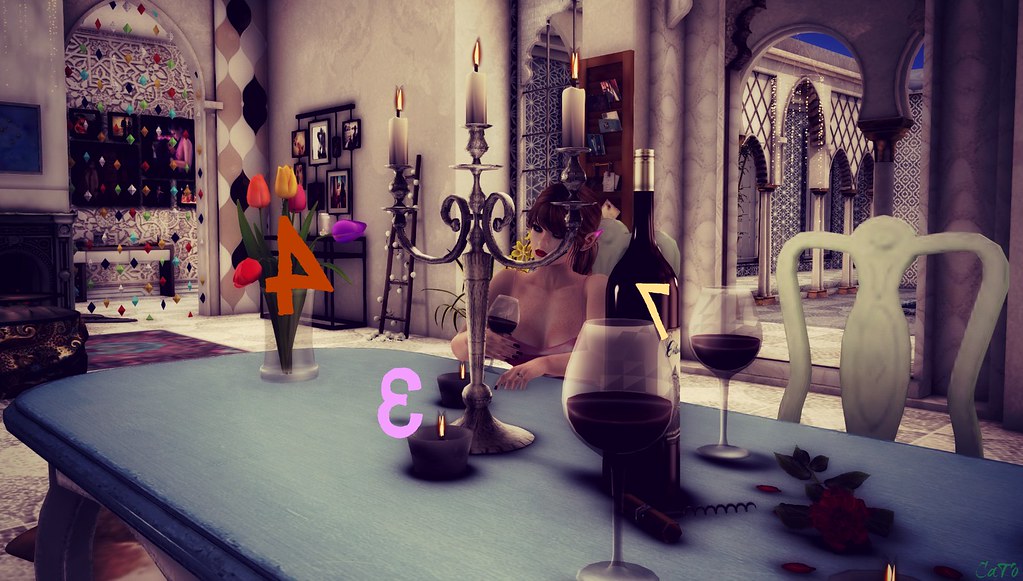 I’ve learned, over the years, to not pretend and to not hide it. I have had a wonderful career as Manager for many years, thanks to my work ethic and …to admit to managements I needed help with the numbers thingy..so I had amazing Assistants and collegues, helping me with that. Budgetting was horror for me, while I understood the plans and all, putting it in numbers….nope. But by admitting that and being honest, it worked out fine. The world isn’t that bad, as long as you reach out and stop pretending.

In Second Life, my escape from RL, I have the same issues with numbers as in RL, of course. So sometimes I get confused. Like a few weeks ago, when I booked Skip Staheli for a photoshoot and I had paid some LS in advance and then asked what I owed him. And his answer, for him it was obvious, confused the heck out of me. I really had no idea what he said. I just stared at the screen and the amount he typed – combined with some blah blah blah of my deposit – almost panicked me. So I told him…I didn’t understand what he was saying and if he could just type the amount I had to pay. (so I could copy paste it – I didn’t tell him…..). The thing is, and this may sound weird to any of you: he could say ; pay me 7000 and I would, if not copying it…pay 3000, because for me – at that moment of ‘stress’  it looks the same.

I also told him that I, at that moment, from excitement about the photoshoot, had NO idea what the numbers meant. I trusted him, still do, and paid the amount he mentioned.

Now. Yes, I have been conned that way. Not often, but it has happened. I suck it up and those persons are now on my blacklist. Simple. It is how it goes in RL too. Abuse me and you will never get my bizz again, ever.

I do have my moments that I am fully aware and capable of recognising numbers, but I need just a little ‘snap’ to lose that. And since I know that, I am always insecure. And I can’t be trusted with your creditcard….:P.

Am I stupid or less intelligent than people who can count to 100?  No. Not at all. I dare say I am smart. I just write the 7 upside down and I have no idea what a 2 is. That’s all.

In real life, I depend on my accountant for my business and have help when it comes to finances, for that reason. I need someone to double check the quotes I send out and I need someone to check the invoices I make and of course the payments.
But I do it all by myself, they only check just to make sure I am not mixing up figures and numbers – and then I am the one who presses the ‘go’.
I realise it is hard, if not impossible, to explain what it means that ‘numbers don’t mean a thing’ to me to others. I’ve given up mostly, unless someone is really interested and willing to understand. (No, really you cannot teach me or cure me…).

My point of this blog is just to encourage anyone, to do and live as you can. Don’t be ashamed to get help or support, for anything. Do not limit yourself or your career over something silly as not being able to count to 56. Live. Love. Do it.