Over the past years I started some groups on Flickr – with themes. Just for fun, so people could add their photo’s that fitted in the same theme and so create some wonderful collections for all to enjoy.

While it was fun at first, it became a burden  – specially the past 2 years. Oh, there were lovely contributions and wonderful photos added to the groups but for each picture that suited and followed the ‘rules/guidelines’ there were dozens of pics that had NOTHING to do with the groups theme. The dozens soon turned into hundreds and I had to set my groups to ‘moderated’, meaning I had to manually approve each photo.
A drag and a burden. Thousands….of pics that were blindly added to the groups: ads, porn, vendor-images and blog-pics with no connection to the theme whatsoever. Nothing.

I’ve tried to keep up and moderate my groups but to be honest: I got so tired of it. I’ve asked people to stop adding their non-themed images, removed/blocked and banned but it will not stop. 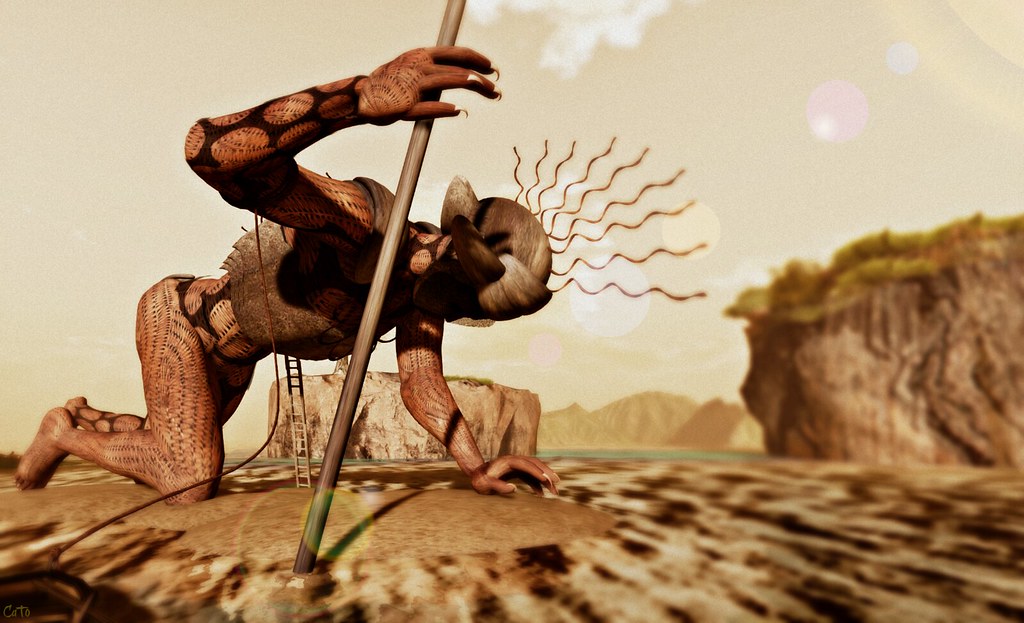 So today, after seeing another endless line of non-suitable photo’s waiting to be approved….I decided to close my groups and be done with it.
The mindless adding of pics has taken away the fun of Flickr groups away for me. It was fun for a while, but not anymore.

I am aware many of the Flickr-posters will not even notice those groups are gone. That’s perhaps one of the reasons I got fed up with it.

So instead of going through a ton of photo’s and hit the ‘not approve’ button, I baked a Tarte au Poires. That felt so much better!

The photo’s used in this blogpost I took at : The Curio, and art installation on Serena Imagine. (Except for the pie, that is my own RL- creation)