Before time as it was known, an entity fell from the heavens and embedded itself into the stone where it came to rest; until it too became part of the earth. Its passing brought unusual powers to the surrounding lands, and gifted the few who uncovered it the means to forge a civilization. In the compact city of Somniatoris Arx, industrious businesses are suspended skyward; filled with towering buildings carved by artisans of the sacred dreamer’s tomb as if to mimic cathedrals in its honour. A cacophony of bells rings from every cardinal direction, stirring the fallen spirit from its long slumber below. 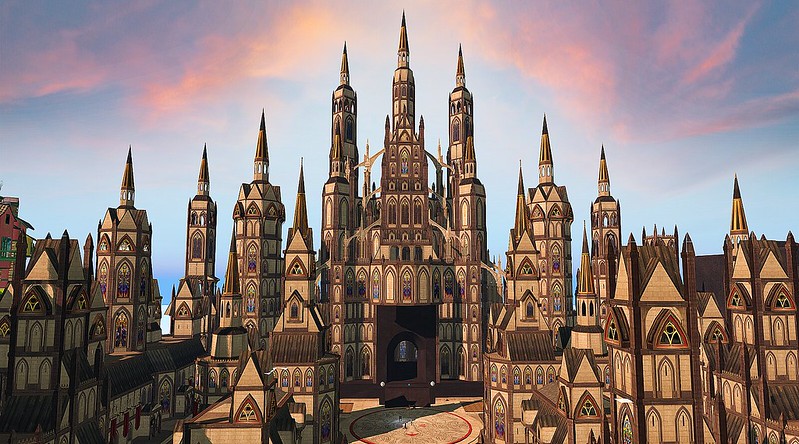 Somniatoris Arx is, as you can see on the image above, an impressive city! Built by Walton F. Wainwright and Victor Eton, it has a unique look and feel and really made me want to explore it the moment I landed there. You almost forget to shop, there is so much to see, so many details.

The fun about this region, at least that’s what I think, is that it looks amazing in all kinds of Windlights/EEP settings. You can make it like you’re walking around in a sunny town or make it spooky in a darker mode.

The big surprise you will find in the Cathedral, something I’ve never seen in Second Life before. It really makes you wonder what really happened in Somniatoris Arx!

You still have more than enough time to visit the Fantasy Faire (till 9 May) and I recommend you pay a visit to this wonderful place! Well, and the other 20 regions as well! 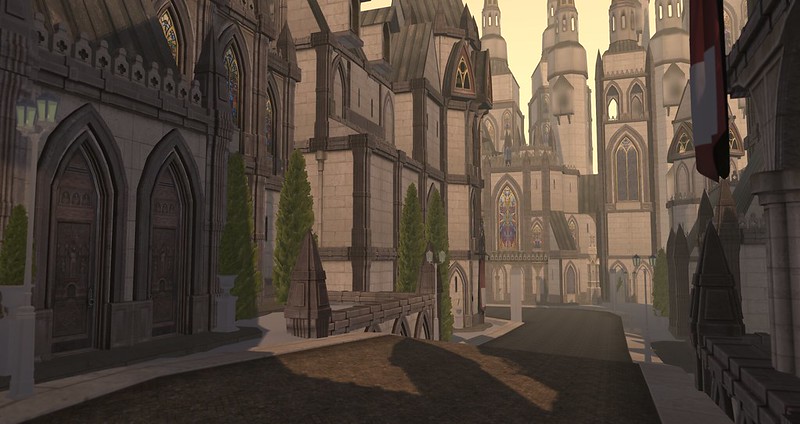