Juno Mantel, the talented creator/designer of Junbug, has started her own campaign – as part of a larger one – in order to raise fund for the education of girls in Sierra Leone.
There are many people around the world participating, you can see all kind of initiatives on the official website of the charity: Do It In A Dress, which is part of the One Girl Organisation in Australia. All focussed on raising funds to be able to send girls to school.
The fun idea with this fundraising is that is all about people (men, women, kids) wearing a schooldress and get paid for that in some way or another. Junbug has brought her campaign to SL, as she states in her notecard that thanks to proper education she is able to create and be in SL and so she wants to help other girls.

For her campaign she designed a vintage schooldress, which is available in her mainstore and it costs 250 LS (but you can pay more if you wish!) and all proceeds will go to her campaign, of which she hopes to have raised enough money by 7 december (end of Junbug’s campaign) to send one girl to school!

I think this is a wonderful initiative and also..the dress (there are four colours)  is super cute! 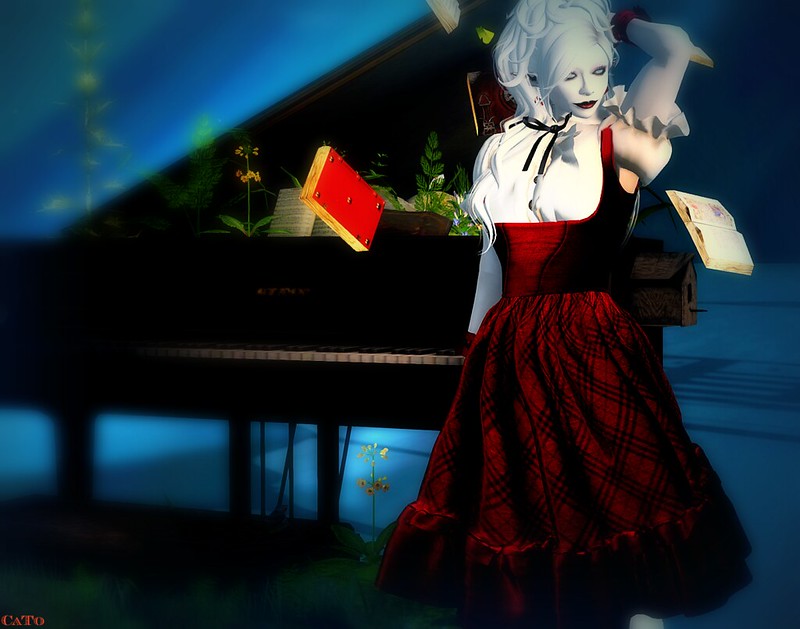 If you purchase the dress at Junbug Mainstore, and so sponsor Do It In A Dress, you are also encouraged to post a picture of yourself in the decidated Flickr Group.