This afternoon I decided to go ahead and make pictures in the City of Lost Angels.  (Adult). I have been a bit quiet on my blog this week, but that has to do with RL and also an annoying ‘feature’ I currently experience: randomly textures of objects, buildings or even my clothing, gets blurry..then gets sharp…then gets blurry again. Of course, it always gets blurry the moment I hit the snapshot button, annoying me to no end. I have fiddled in settings, cleared cache, have http textures dis- and enabled and meh. So, yeah..some of the pics will show the occasional blurred wall or whatever, but..I will post them anyway because after all, this is how I currently see SL. 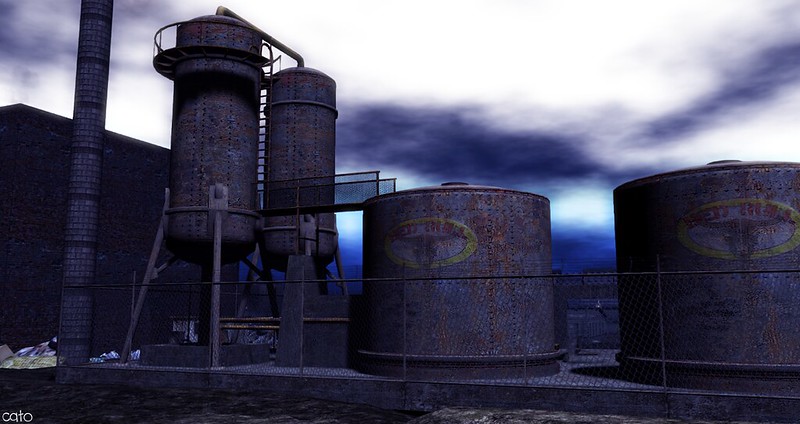 So. City of Angels. A roleplay sim, although I have to admit it wasnt really clear to me on what they exactly ‘roleplay’, no clear rules or instructions were given or to be found at landingpoint, other than the option to join the group of ‘new arrivals’ and the statement this is a ‘COLA themed’ Sim. Well, it took me some 10 mins before it dawned that COLA is the abbreviation of  City of Lost Angels (derp…) and then well..ahem. I googled and it is apparently a sci-fi movie, of which I (obviously) never heard of. 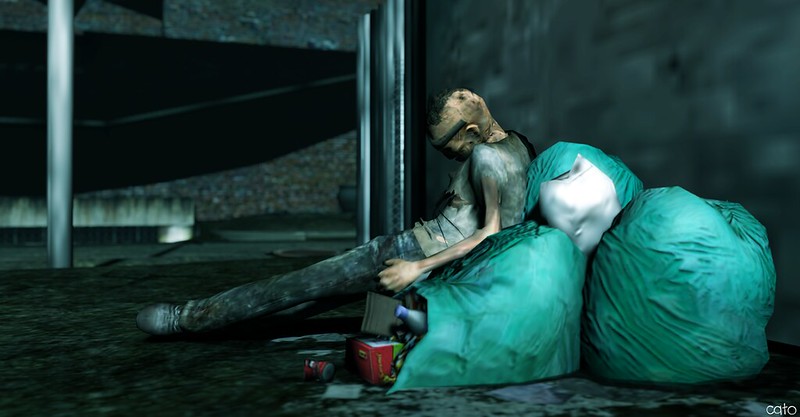 All this ignorance of me aside…City of Lost Angels is very well built and has a great ambiance, if you like deserted and wasteland-like post-apocalyptic environments! I did not encounter any roleplayers, so I had the chance to snoop around. I did change to a bit brighter windlight, as the region default is quite dark and dusty for pictures.  I say, yeah..go see it if you love cities like this!