When I am not exploring, or clubbing, I love to go out and about in Second Life and take pictures. Lately I have been practising in some more post-processing, mainly for Fantasy images, because I enjoy doing that – a nice change to my other passion: landscapes and art (which I do not post-process).

This weekend I did all of the above, but wasn’t to happy with the pictures I took from exploring trips, so will do that tour again and blog about some nice new places I found soon!.

Anyway, fantasy pictures. So much fun! I usually pose alone somewhere, but occasionally my dear friend Coober comes up with an idea and either I just pose or..as happened last night: he had an idea for a small group and a setting..but all had to be specially made, as he had it in his mind.
Always a fun challenge, he told me what kind of poses he wanted and while he was working on building the set on my deserted parcel next to my home – I worked in Qavimator for the poses. Easter-dinner got in between, coffee (well and tea for Coobs) and so it happened we spent most of the Sunday night making stuff for a picture.

While the poses were out, Coobs was busy with building the scene, I played around and took some ‘behind the scenes’ shots, and while I was at it I took a picture of myself which I worked on – which helped keeping me quiet and not disturbing Coobs’ texturing and building work. Too much…. 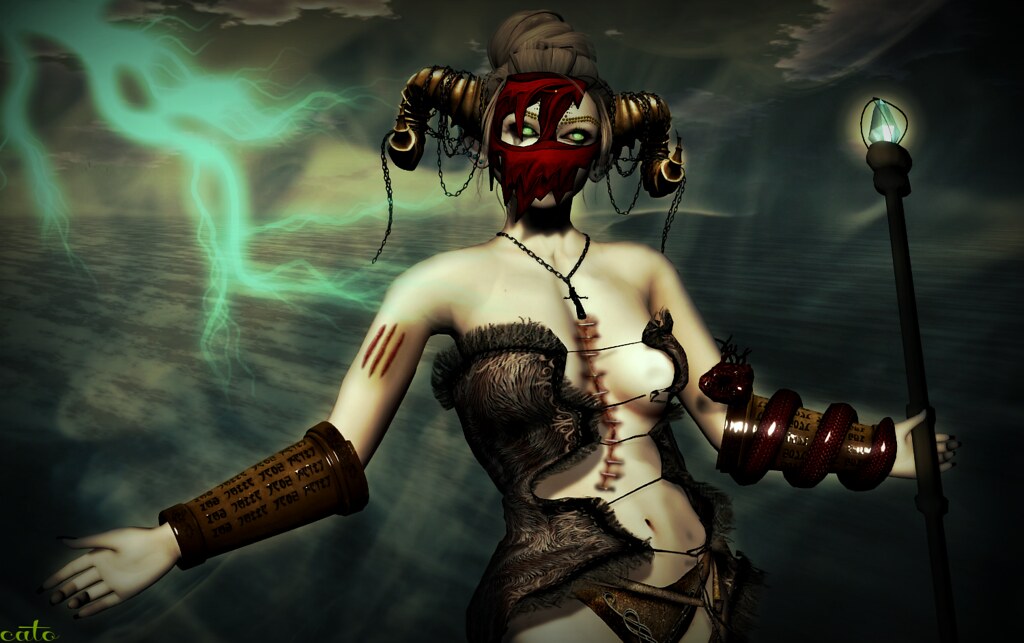 It is always fun to see the difference in end results, we both took pictures and this morning I saw what Coobs made of it, he went for Explorers:

And, here is mine, I had Warriors/heroes in mind: 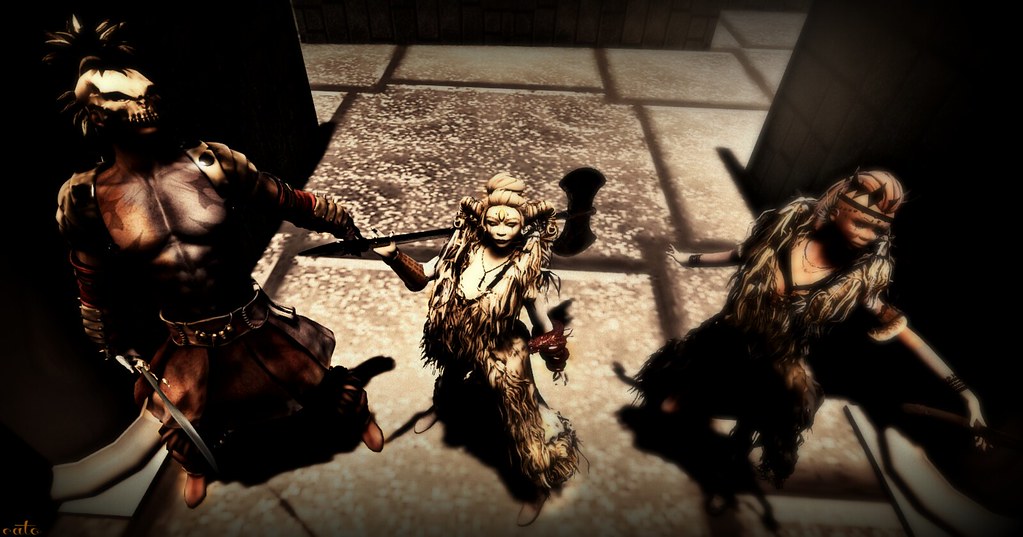 A well spent, lovely evening. Lot of work for just a few pics? Maybe, but that isn’t what it is about, it is about having a good time online, not matter what you do!