It was a warm, slow, summer evening and Coobs and Caity went for a nice walk in a quiet and peaceful Vineyard, on a sim far away. They chatted and occasionally had some silent moments, enjoying the environment and letting the busy day behind them.

Coobs suddenly stopped. ‘I hear something’ he whispered  ‘be quiet!’,  while he pushed Caity behind him and drew his sword and shield.
Caity got her sword, the vicious and sharp ‘mean butterknife’ as it was called, and well..stepped away to let Coobs check out what that scary sound behind the bushes was. 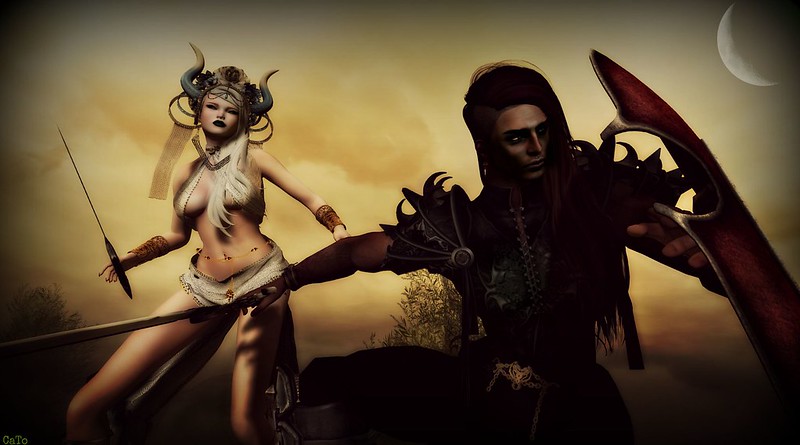 The sound of heavy breathing came closer and closer and the air got hotter, as if they were approaching a campfire. Coobs carefully pushed aside some branches and there it was…. 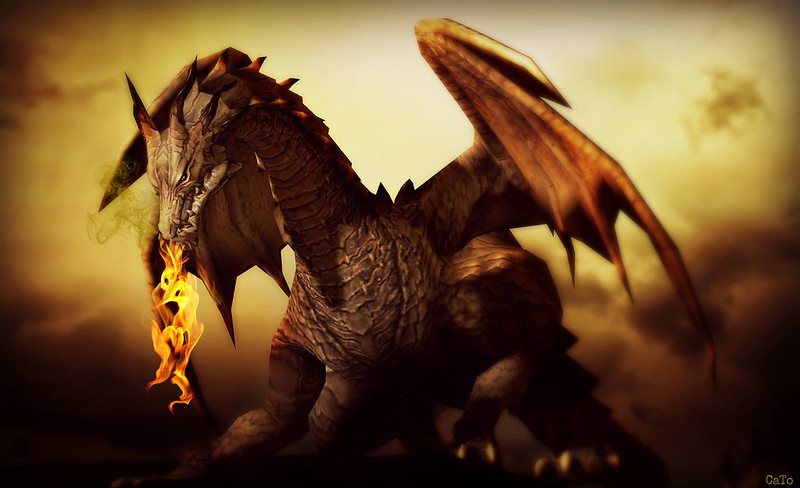 A huge Dragon. Looking all mean and grumpy, fire and smoke coming out of his nostrils and showing his large, sharp teeth.
The beast spotted them and spread out his wings, making a move forward as if to burn Coobs and Caity with one long breath.
Coobs had a magic shield, thank goodness he never leaves home without it!, and protected the both of them from the heat. 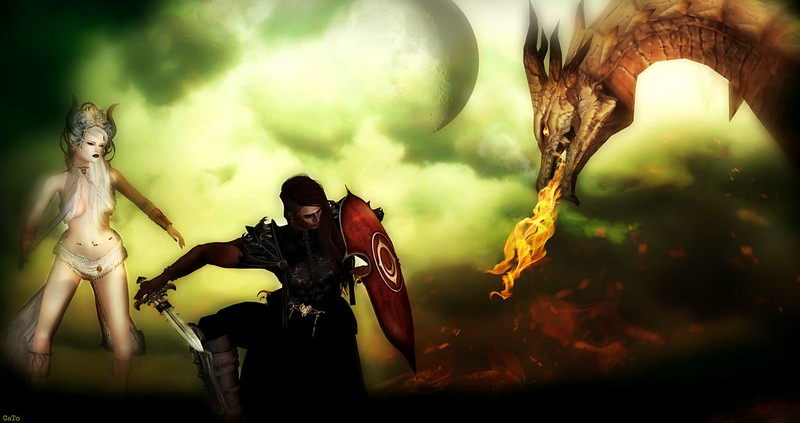 After a sort of stand off for some minutes, the Dragon stopped his fire and stood still. He (or she, it is always tricky to see whether you are dealing with a male or a female) tilted his head and stared at the two humans. ‘Who is a pretty Dragon?’ Coobs whispered to the Dragon. The beast stared some more, this time his eyes on Caity – who still stood behind Coobs. ‘Awe yes, you are a pretty Dragon!’ Caity whispered, following Coobs approach.   The Dragon pointed with his claw behind Coobs and Caity and started walking past them, looking behind him as if to say ‘follow me!’. Caity looked at Coobs and he nodded, ‘let’s follow him and see’..

After a short walk, at the end of the trail near the rocks, the Dragon stopped and turned around. Coobs and Caity were surprised and delighted to see more Dragons! Apparently this was a family and they seemed pretty okay and friendly. One of them even let Caity kiss him on the nose, while Coobs kept an eye on the situation. 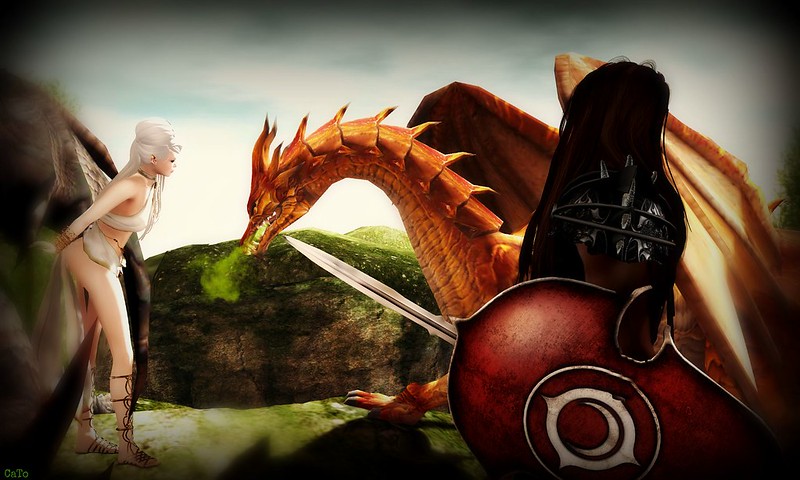 Caity was getting fearless while Coobs was still protective, but when Caity sat on one of the Dragons back he relaxed too. 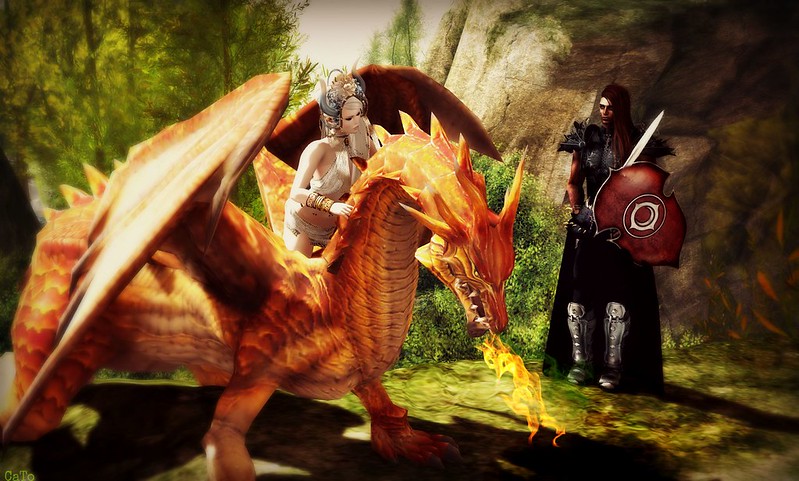 You see, Dragons are really friendly animals. They just hate being shouted at and prefer a kind whisper. So next time you encounter one, do not be afraid and just lower your voice….

The Dragons are from Manticore – Volcanic Dragon

Pictures shot on location: The Vineyard at Checkmate (rezzing of props is possible!)