For some reason, Lacrimosa from Mozarts Requiem – my all time favourite part of the Requiem, has played an important part in my Second Life this year and seems to become a theme.

I cannot get enough of this piece and often play it while exploring or photoshopping. Of course, I was delighted to see and hear it being performed in one the scenes in Paradise Lost, the scene where Adam and Eve get extorted from Eden. Yes, I got the tissues ready :). 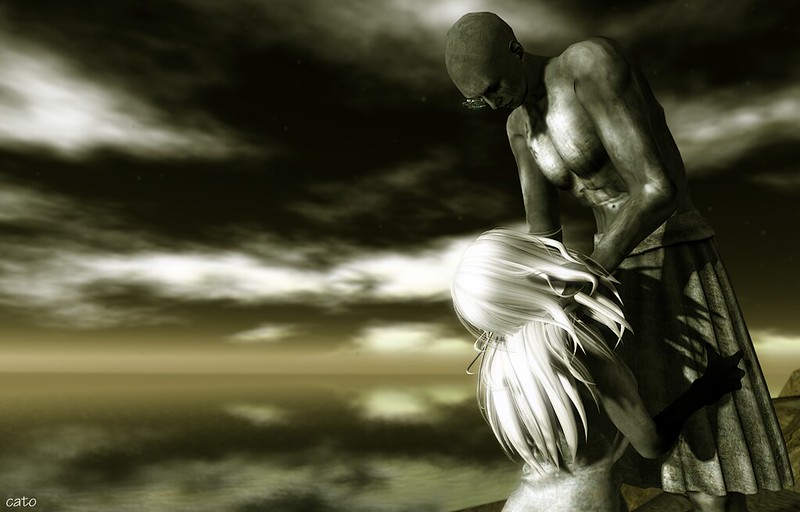 So. The Fantasy Faire 2014 opened and one of the first sims I visited was Sanctum, created and sponsored by Fallen God Inc. and….guess what…Alia gifted me a new avatar/outfit called: Lacrimosa.
It just screamed at me: ARTSY FARTSY PICS!!! DEWIT!!! 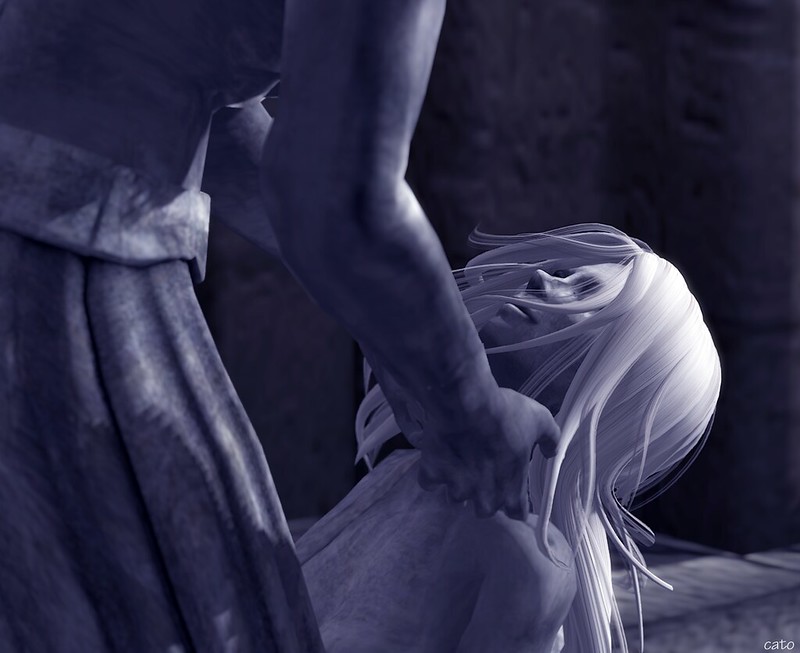 So I did. I got Don to get the male version of Lacrimosa, which is with a kilt so that made it comfortable to turn him into stone..haha, and he had the patience to pose with me for over an hour….all for ART! 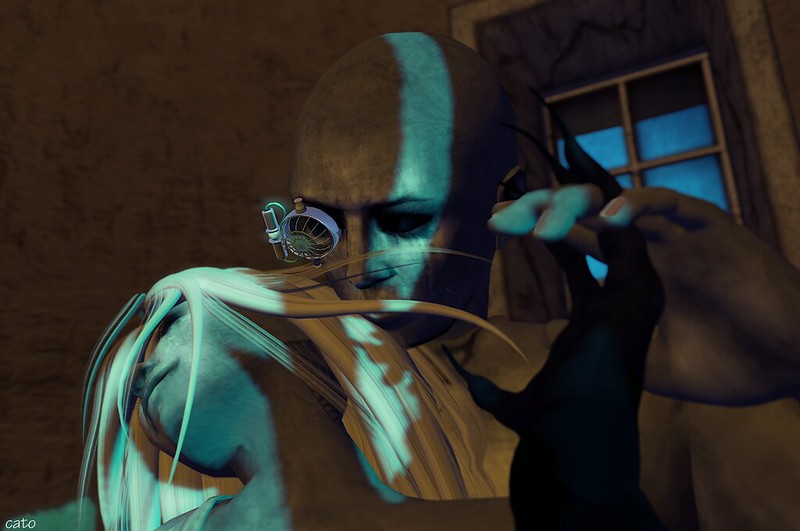 Lacrimosa, in one of the Paradise Lost trailers:

Pictures shot on location: Binemist
Lacrimosa outfit by Fallen Gods Inc – Fantasy Faire Sanctum (we are both wearing our own shape)
My hair: Argrace – Haruka

Pose on first two pics: Treasured by Infiniti
Pose on third pic: Abandon by Del May